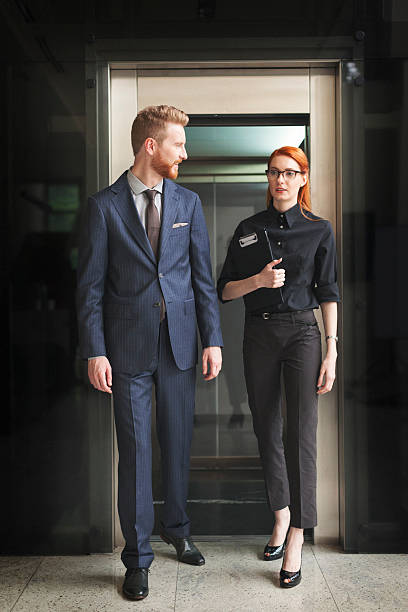 Our cryptocurrency offerings are expertly drafted by a cryptocurrency lawyer, based on your specific funding requirements – We do not use templates, and they should never be used!

We are one of the oldest and most experienced boutique cryptocurrency law firms in the country today, and few full-service securities law firms that can offer our clients the benefits described below:

Call us today for a free consultation.

Our Skill and Experience

We are a boutique law firm that possesses the same level of skill and experience as a mid-size or a large law firm. Each of our attorneys has more than a decade of legal experience, and most are graduates of top schools in the U.S. Our team is comprised of a former Morgan Stanley in-house attorney, a former Securities and Exchange Commission staff reviewer, a former litigator with the Illinois Attorney General’s Office, and other attorneys who were trained by and worked at large and prestigious law firms.

Two Veteran Lawyers on Every Project

Why? Because we believe that this level of redundancy is necessary to draft securities offering documents in order to properly protect clients from the risk of future potential civil and criminal prosecution.

We Can Protect You Better

Since we are also securities litigators, we represent investors in securities fraud actions. These are litigation actions where investors have invested in offerings and have become dissatisfied with the results of the offering.

We are the only fully staffed law firm in the US today that has an affiliated capital consulting firm that has over a decade of experience raising capital for crowdfunding type offerings. In addition, most law firms truly don’t know what is involved with raising capital due to a lack of hands-on capital markets experience. Our attorneys aren’t just former law firm attorneys; many of our attorneys have worked directly for issuers that have issued hundreds of millions of dollars in securities. This provides our lawyers with extensive real world securities distribution experience and allows us to furnish our clients with necessary direction that other less experienced attorneys cannot.

We offer flat fee pricing that is extremely competitive when you consider our skill and experience.

Mr. Amatucci serves as the Managing Partner of Centarus Legal Services PC, Centarus Business Consultants, Ltd, and Centarus Brokerage Services. His practice focuses on securities law and corporate law. He is a securities and corporate attorney who has more than 30 years of combined legal and business experience. Prior to heading Centarus, Mr. Amatucci was employed as managing partner and general counsel at a respected midsized Midwestern securities issuer, where he established and directed the firm’s captive securities broker dealer distribution infrastructure. During that time, he had responsibility for drafting and overseeing the drafting of securities filings and compliance matters relative to the issuer and its broker dealer distribution, corporate formation matters, and employment matters.Mr. Amatucci has also served as managing partner of a boutique securities broker dealer where he had responsibility for all operations of the office, including management of registered representatives, profit and loss responsibility, communications, and oversight of day to day activities.

He and Centarus have, also, represented clients in front of the Illinois State Securities Department the US Attorney’s office, subsequent to clients receiving improper direction from prior counsel. Mr. Amatucci and Centarus have litigated cases in Illinois state court ranging from breach of contract to investor fraud matters.

Additionally, he possesses more than a decade of investment industry and banking experience including sales, marketing and executive level experience; and he spent over four years of that time assisting clients in raising capital through wholesale, retail, direct, and broker dealer distribution.

Furthermore, Mr. Amatucci has over ten years of combined commercial real estate and commercial finance experience, and over ten years of technology industry experience. In the technology industry, he held engineering, senior engineering and executive level management positions at numerous large and respected national and international companies, to include, Unisys, Motorola, and VartaGmbh.

Mr. Amatucci holds a Bachelor of Science degree in Mechanical Engineering, and three advanced degrees, including a Master of Science, a Master of Arts, and a Juris Doctor. He is a graduate of Dartmouth College, New York University-Polytechnic Institute, and John Marshall Law School where he was an honored recipient of the Ronald Rosenberg academic scholarship, and where he graduated with Dean’s List honors. He has, also, been an active member of the Illinois and New York Bar associations, and he is a former graduate level college professor of corporate and employment law.

Mr. Powell works with Centarus Legal Services, PC, and he focuses on securities law and corporate law. He has been a practicing attorney for nearly a decade, during which time he has concentrated entirely on the practice of corporate and securities law. In addition, Jason received his securities legal training at a well-respected midsize law firm, and, then, served as general counsel and executive team member to two start-up companies.  During his time as general counsel, he was responsible for all legal, corporate and regulatory compliance matters. Jason brings a unique and welcomed approach to the practice of law in that he truly understands the daily struggles facing entrepreneurs and management teams, and as a result of his experience, he is able to bring his business and entrepreneurial experience to the legal problems faced by entrepreneurs and management teams. Jason earned his law degree from University of Montana School of Law. In addition, he holds a Bachelor’s degree in Finance and Economics and a Master’s Degree in Sports Management from Montana State University-Billings.

Ms. Flemming works with Centarus Legal Services, PC, and she focuses primarily on securities law, securities litigation, corporate law, and transactional work. She operated a solo practice for over a decade, where she represented high technology service providers, software companies, consulting firms in sales, human resources and banking, e-commerce companies, publishers and traditional retailers. Additionally, she was vice president and general counsel of OrderTrust, Inc. and an associate at Davis, Polk & Wardwell in New York City and at Goodwin, Proctor in Boston. Ms. Flemming clerked for Chief Judge Judith S. Kaye at the New York Court of Appeals. She earned her a law degree from New York University School of Law, where she was the managing editor of the Law Review, a semi-finalist in the Orison S. Marden Moot Court Competition, and a fellow in the Non- media Libel Law Program. Prior to entering the law, Ms. Flemming earned her B.A. degree from Georgia State University and was an editor for a weekly newspaper in Atlanta. She is also a writer concentrating on professional articles and fiction. Ms. Flemming is admitted to practice law in New York and Massachusetts.

Mr. Mallinger’s works with Centarus Legal Services, PC, and his practice focuses on focuses securities law, corporate law, and transactional work. He possesses over 30 years of financial services industry legal and business experience, which includes, among other positions, serving as Counsel to Morgan Stanley, Associate Counsel at the Chicago Stock Exchange, Senior Attorney at Bank of America (formerly Continental Bank, N.A.) and Senior Attorney at both the Office of Thrift Supervision and the Comptroller of the Currency. He is a graduate of the University of Michigan Law School.

Mr. Reichl works with Centarus Legal Services, PC. He graduated from Westmont College in Business and Economics with departmental honors for highest achievement, Mr. Reichl attended and graduated from the Boalt Hall School of Law at the University of California at Berkeley with distinction. Mr. Reichl’s practice focuses on focuses primarily on securities law, corporate law, and transactional work. After working for a term with Judge Ronald M. Whyte of the Federal District Court in San Jose, Mr. Reichl founded his own law office and worked with various start-up companies as both counsel and founder.

In 1999, he joined the prominent venture fund, Redwood Ventures, as General Counsel, where he assumed responsibility for all legal matters for the third fund and its portfolio, including negotiating and closing the transactions to create the fund’s portfolio as well as the formation of the fourth fund. In addition to overseeing various acquisitions of Redwood portfolio companies, Mr. Reichl was founding corporate counsel for Comstellar Technologies, Inc., and, in such capacity, transitioned Redwood through their acquisition by Comstellar as well as negotiated and closed the transactions creating Comstellar’s initial portfolio of companies. In his stint with Redwood and Comstellar, Mr. Reichl was responsible for overseeing, facilitating, and creating over $500M in transactions. Mr. Reichl is admitted to practice law in California.

Mr. Falli has ten years of litigation experience and focuses on securities and civil litigation for Centarus Legal Services, PC. Previously with the Office of the Illinois Attorney General and the Du Page County State’s Attorney, he specialized in civil litigation. He brought and defended commercial litigation actions on behalf of the Illinois Securities Department, the Capital Development Board, and the Illinois Department of Transportation in both state and federal courts as well as before administrative hearings. Representative clients also include the Department of Commerce and Economic Opportunity, the Secretary of State, and the Department of Professional Regulation. He externed with the Honorable Wayne Andersen of the United States District Court for the Northern District of Illinois and the Honorable Frank Orlando of the Illinois Circuit Court. Prior to graduating from law school, he interned with the United States Environmental Protection Agency. In law school, he was awarded the West Publishing Award, a CALI Award, and the Herman Memorial Dean’s Scholarship. During his summer abroad, he studied Comparative Trial Advocacy at King’s Inns in Dublin, Ireland. Mr. Falli has provided pro bono representation to the Chicagoland Bicycle Federation and Fort Bend Lawyers Care. He is a graduate of Indiana University and John Marshall Law School. Mr. Falli is admitted to practice law in Texas.

The Centarus team have a people personality with a self directed “entrepreneurial” mindset and a results-oriented attitude.- S. McGregor. President of storage group
Over the last several years it has been a pleasure to get to know The Centarus team. They provide high level legal skills and knowledge along with problem solving skills that will benefit any business organization.- M. MorawskCEO of Michae.. LLC